Dawson’s Creek: That Time My Binge Went Too Far

Last week was the 20th anniversary of Dawson’s Creek and two things immediately filled my mind during what the internet so adorably dubbed #creekweek.  The first was obviously going to be “I don’t want to wait” that Paula Cole song that we all love to hate, go ahead and CLICK HERE  so you can listen to that as you read the rest of this article.  The other less interesting, but more obvious emotion that  entered my mind was “dam I am oldAF.”  Once these two thoughts subsided, I immediately remembered a rather low point in my life. More accurately [arguably] the lowest point in my TV binging career.

I need to lay out a little backstory before we go any further. Dawson’s Creek came of age roughly around the time I was coming of age. I was a skinny, flat chested (this has not changed), smart and [obviously] hilarious girl.  As we all know this does not bring all the boys to the yard in high school. However I was one hell of a best friend which wasn’t always as fun as it sounds.  Anyways, I digress. TV was then as it is now my escape. So Dawson’s Creek means something to me. I stopped talking to my father for a week when he filmed over the VHS recording of the finale.  Back in this time there was no Tivo, DVR, Hulu or YouTube. I couldn’t just find another copy.  This was devastating.

So in a wave of nostalgia, I decided to search for Dawson’s Creek as my retro binge.  What is a retro binge, glad you asked. It is a term I am coining right now, in this moment, to identify one of the many binges I always have circulating.  I have a system for binging, nothing here is random. Retro binge is a show I have seen before, typically from the 90’s early 2000’s that I am re-watching.  Has my TV habit offended you yet? Well hold on this story gets more offensive.  We are back to my wave of nostalgia, I wanted to watch Dawson’s Creek and scoured the internet.  It was no longer in syndication on any current channels, not on HULU or Netflix and at the time Amazon wasn’t a thing. I thought to myself, I’m just going to purchase one season. Famous.  Last.  Words.

Guys, this hole was deep and it was dark, and it was so expensive.  That one season for $14.99 turned into 6 seasons. You know you have a problem when you know that your husband will get the Apple alert that you bought another season of Dawson’s Creek, and click confirm my purchase anyway.

Also Dawson’s Creek is from a time in TV when there were around 22 episodes per season because there was less TV shows back then and they just needed to fill time.  Are you ashamed of me yet? Please say yes, do not spare me the harsh judgment I deserve.

My only saving grace in this story, is that I stand by my assertion that this show as it was extremely flawed, is excellent.  The characters paddle their way into your heart, and despite their many annoying conversations, or poor decision making or just really boring life drama, you just love them.  Call it nostalgia or an outright refusal to admit when I’m wrong, this one is worth making your retro binge list.  And so it is with this semi-proud,  semi-shameful introduction that I bring you the fruit of my labor.  Some things I learned watching Dawson’s Creek as a full fledged adult.

1-  The opening credit: You are thinking of that song that is still playing in the background.  Well hate to be the one to break it to you. That song is no longer the theme song for our beloved cast of misfits.  Why? Oh don’t worry I googled this immediately, back in the day the rights to theme songs were only considered for “on air” and syndication uses.  The idea of DVD sales and especially online streaming were not even a blip on the radar. Paula Cole’s fee was too high a price to pay and they settled for Janna Ardan’s “Run Like Mad”. See what this looks like here. 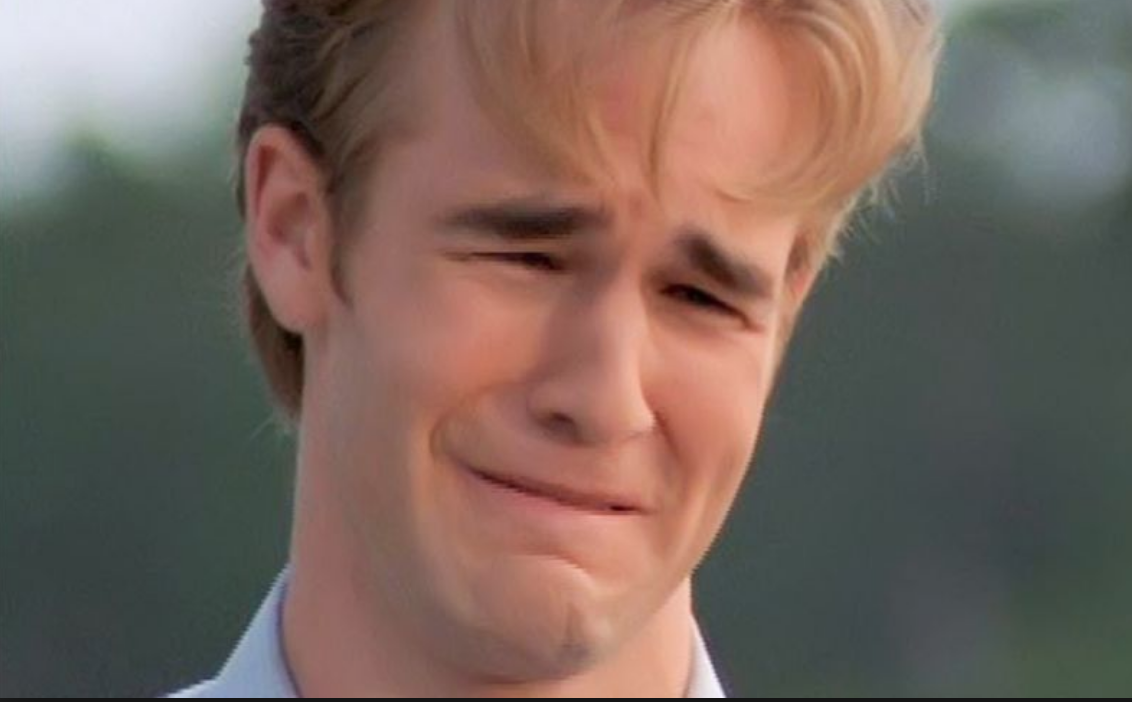 3- So Many Familiar Faces:  Besides the fact that basically the entire cast went on to do their fair share of major things, which proves again that this show was epic, they had some pretty interesting guest stars: 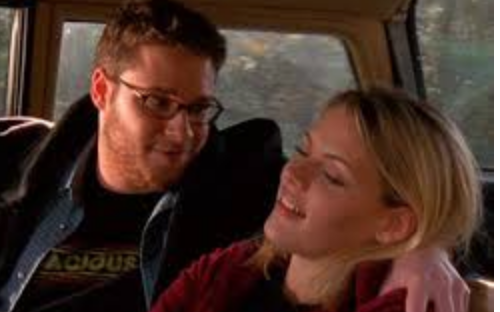 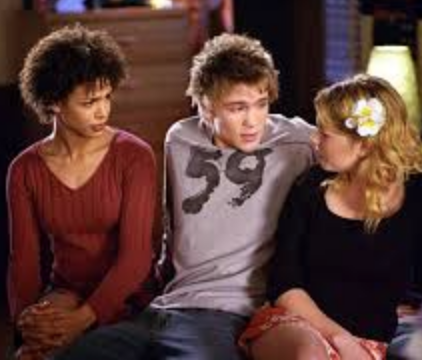 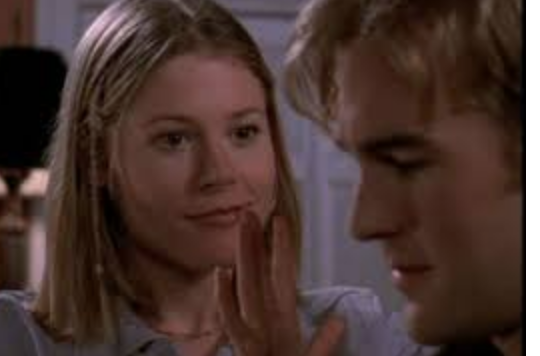 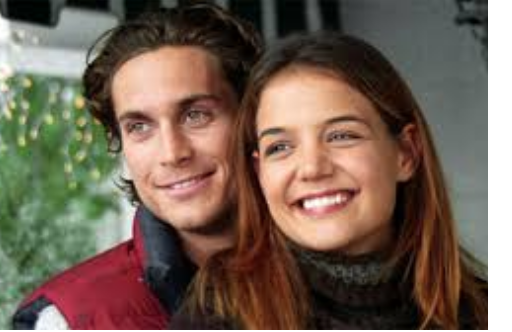 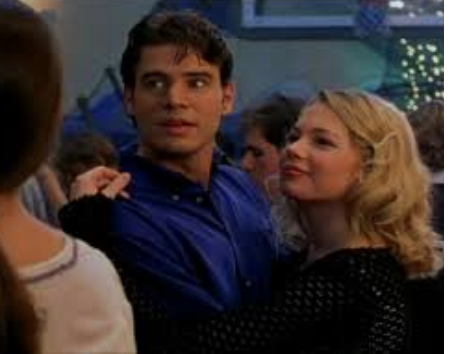 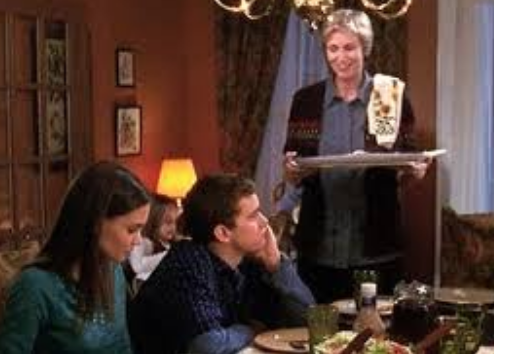 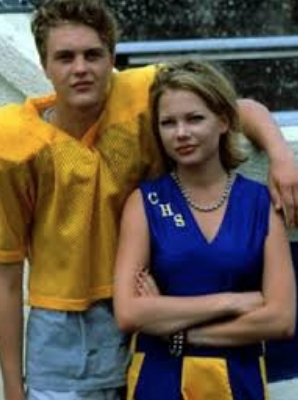 4-  The finale can still make you cry, and not just cry but UGLY cry.  SPOILER ALERT for the 5 people who probably haven’t seen this.  Jen Lindley, was so misunderstood throughout her time at the creek.  She just couldn’t find a guy to love her the way she deserved.  She had me forever when she sang “Teenage Wasteland” standing on top of a chair in college [watch that here] So watching her say goodbye to her daughter and each of her creek compadres was heart wrenching even though it was the 22nd time I had seen it.  Something about seeing that as a mother was particularly brutal.  This was such a beautiful finale, gut wrenchingly sad, and I could have lived with an ending that was much more uplifting, but beautiful nonetheless. 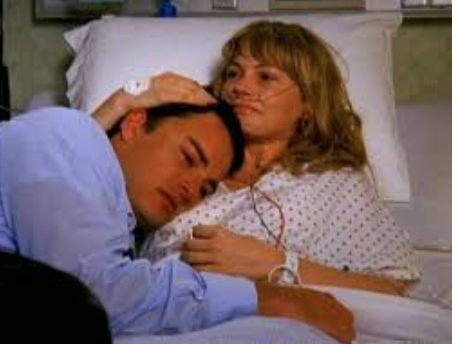 5-  They were the most incestuous friends of all time, yet it never did and still does not bother me.  First Dawson dated Jen, and then he realized he was in love with Joey. While Pacey had a really random fling with a teacher (the first of many times you wonder where their parents are). Joey and Dawson dated, that ended.  Joey dated Jack while Pacey dated Andy while Jen dated Scott Foley and then Henry (the love sick freshman). Jack is gay so Joey breaks up with him. Then Pacey and Joey finally get together and leave on a boat for the summer (no parents).  Somehow Dawson pulls Pacey’s hot older sister who is in college and they hang out for a while.  Jen is single and becomes a loose cannon again, which btw only meant getting drunk at prom. Joey and Dawson kiss right before leaving to college… They go to college, will they won’t they Dawson and Joey try again.  There’s a slightly interesting moment Joey might date her college professor, but back to Dawson.  Then Dawson is dating an annoying actress while Joey flings with Chad Michael Murray and then onto Oliver Hudson.  Pacey dates Audrey (Joey’s roommate). Pacey and Audrey break up, somehow Pacey and Joey are locked in a K-Mart and we remember that’s who we are rooting for. Sigh. It doesn’t happen fast forward many years and it takes Jen’s death for Joey to finally admit what we always knew… it’s Pacey.  If I saw anything as clearly as I saw that coming, I would be wildly successful and filthy rich for “something”. 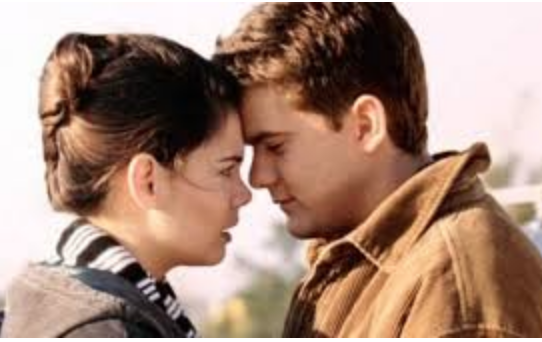 PS: it should be noted that almost to the day of me finishing Dawson’s Creek in all of it’s glory,  it appeared on Hulu (yet another reason for you to go get HULU!!)