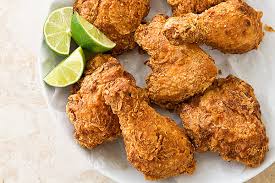 This recipe is dedicated to my Abuela, Yaya.  July 6 was her birthday, and since she passed they also made it National Fried Chicken Day.  When Yaya was alive, my parents typically hosted a lunch for the entire family (think around 50 people) to celebrate both 4th of July and her birthday and they always made it Pollo Frito.  My dad always substituted the egg for some Mojo, and just thinking about it my mouth waters a little.

If you’re ready to shake up your usual recipe, this one packs a big flavor punch.

3 teaspoons pepper, divided (but it will be to your taste)

*or you can get a pack of drumsticks, wings, or just bone in chicken breasts- whatever your preference

Notes: When frying the chicken, the first round will always take a little longer as the oil heats up.  You do not want to overcrowd the pan, that will slow down the cooking.  Take your time, as you do your batches, the heat will only get hotter so you will have to lower it or adjust it as you go.  You do not want to burn the outside and leave the inside uncooked. 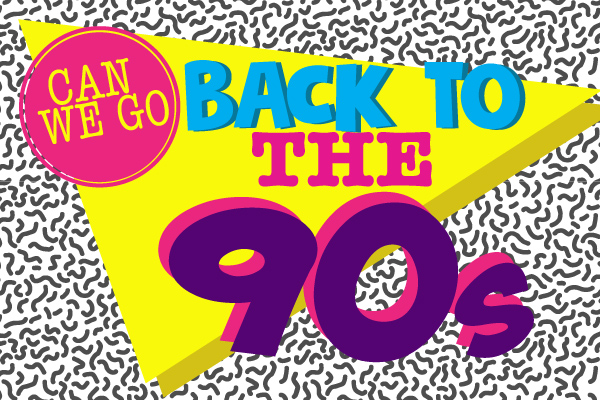 It’s Friday night, and the moon is bright, going to have some fun show you how it’s done- you know you wanted to finish that line.  If you have no idea what I’m talking about then you cannot claim child of the 90’s. #sorrynotsorry.  Click image for a stroll down memory lane. There was nothing like getting home after school on a Friday.  My family typically went to a restaurant called Dalt’s which was a peek 90’s style diner.  It was black and white and had neon signs everywhere. The floor was a little sticky from coke that had been spilled and lazily mopped, and there was the smell of fried food everywhere.  I would always be eager to make it through dinner because I wanted to race home and catch the first episode of TGIF because as we all know back then there was no rewind, or playback.  You either caught the show or you didn’t. Unless you were one of the lucky households that had a VCR.

That is definitely one of the things about the 90’s I’m so happy we have evolved from.  Having to be in front of the TV at the exact time your show was airing was a lot of pressure for little Cristina.  When we did finally get a VCR, I always managed to record over things, or think I was recording and it never did- and then I was never to know how Steve Urkel turning into Stefan went.

Timeout.  Can we even have a well rounded 90’s TV conversation without mentioning Saved by the Bell.  The Saved by the Bell episode where Jesse gets hooked on caffeine pills followed up by their don’t do drugs episode did more to keep me off pot than any D.A.R.E. program ever did.   Catch the famous Jessie clip by clicking the image. I literally sang my heart out in the shower practicing for a hopeful chance to join Zack Attack. Click the image for a refresh reminder of how awesome they were [but how could you forget] Side piece of trivia, I can basically sing off hand every 90’s theme song there is, and can even go further back into the 80’s.  Try me. It’s a gift and a curse as this actually eats up my memory to remember simpler things like what I need in the grocery store.

While I do not exactly miss appointment viewing, there are things about the 90’s that I wish we could bring back.  Anyone hear the new “Zombie” cover. I’m not even sure I like it but I’m just so happy to have a piece of the Cranberries back on the radio in regular rotation.

At a dinner recently one of my most insightful friends posed the question “Was 90’s music truly great music or are we just nostalgically attached to it?”  The table gave a resounding “Fucking Great Music!” answer.  The 90’s brought so much heart.  In my humble opinion, it was such a great transition period for different bands and it brought so much variety.  Nirvana, Pearl Jam, Radiohead, Green Day, Red Hot Chili Peppers, Soundgarden, Foo Fighters, Oasis, R.E.M., Sublime, A Tribe Called Quest, Whitney Houston, Mariah Carey, Green Day, Boyz II Men and on and on and on.

Geez remember answering machines! My answering machine message always had a song but most notably and for longer than it should have been it was  No Doubt “Sorry I’m not home right now, I’m walking into spider webs, so leave a message and I’ll call you back,” and I dare you to say you didn’t do that either.

Then there were the movies.  I mean the 90’s was everything you needed movie-wise and I can prove it with one name, Keyser Söze . It was the rise of “No one puts baby in a corner,” and Julia Roberts was just a young prostitute in the right place at the right time.  We learned that people could have 8 abs instead of 6 when Brad Pitt was beating the shit out of Edward Norton in Fight Club. The birth of The Dude (The Big Lebowski), and Tim Robbins and Morgan Freeman blew us away in the Shawshank Redemption.  REALITY BITES.   I can say “it does  not say RSVP on the Statute of Liberty” and you know exactly what movie I’m talking about, and then you also probably just sang “Rolling with the homies” because Clueless was life.

If I close my eyes I can still see Sebastian in a royal blue button down on the top of the escalator waiting for a sad Annette to reach him with “Colorblind” from the Counting Crows (Adam Duritz is another 90’s treasure) playing in the background. OMG I can do this all day. If you wanted to call someone you either had to have their phone number by memory, or you had it written down in an Address Book.  Gasp! Does anyone still have one of those? But do you actively use it? I would spend hours in my room on our landline phone, gossiping with my best friends, and sometimes with two friends because we would double line.    If you wanted to talk bad about someone [not me, never]  you did it behind their back, not on social media for the entire school to see. Such.  A.  Simple.  Time.

Now- if my friend calls me I freak out and send her to voicemail.  What does she want? Can’t she text me? Ew. What is that?! It’s terrible.  But seriously- always text me.

How about taking your camera out with you to capture the moments? Never knowing if the pictures you were were actually good until you went to Eckerds to pick them up with the super creepy film guy, who gave you that “I definitely looked at your pictures vibe”.  I had a box full of pictures under my bed. I even would get crazy and make scrapbooks, album s and collages.

Now I have an Iphone that has over 14,000 pictures on it, because I do not trust the cloud and have no idea what is on it.  Are the pictures there? What if storage is full, and my credit card doesn’t charge and then all of it is gone. I clearly do not understand the cloud- I’ve become one of those old ladies who doesn’t understand the technology.  I’m a modern day hoarder.

Clearly I am wearing rose colored glasses. For me the 90’s and early 2000’s were the simplest times.  In the last 20 years we have evolved so much and so fast it’s nice to remember a time where you were just bored and dare I say, present.

I watch my kids growing up now with endless options.  They aren’t the only ones. We have endless options, and so many times I miss what is happening right in front of me because I am checking my email or how a post is doing on Instagram.  In all this 90’s nostalgia- it makes me realize that while I did love the fashion, music, movies, and TV (obviously) what I miss the most about that time is actual conversations. Being bored.  Less options.

So I am going to go now and try to be more present and more connected to people.  But seriously don’t call me. 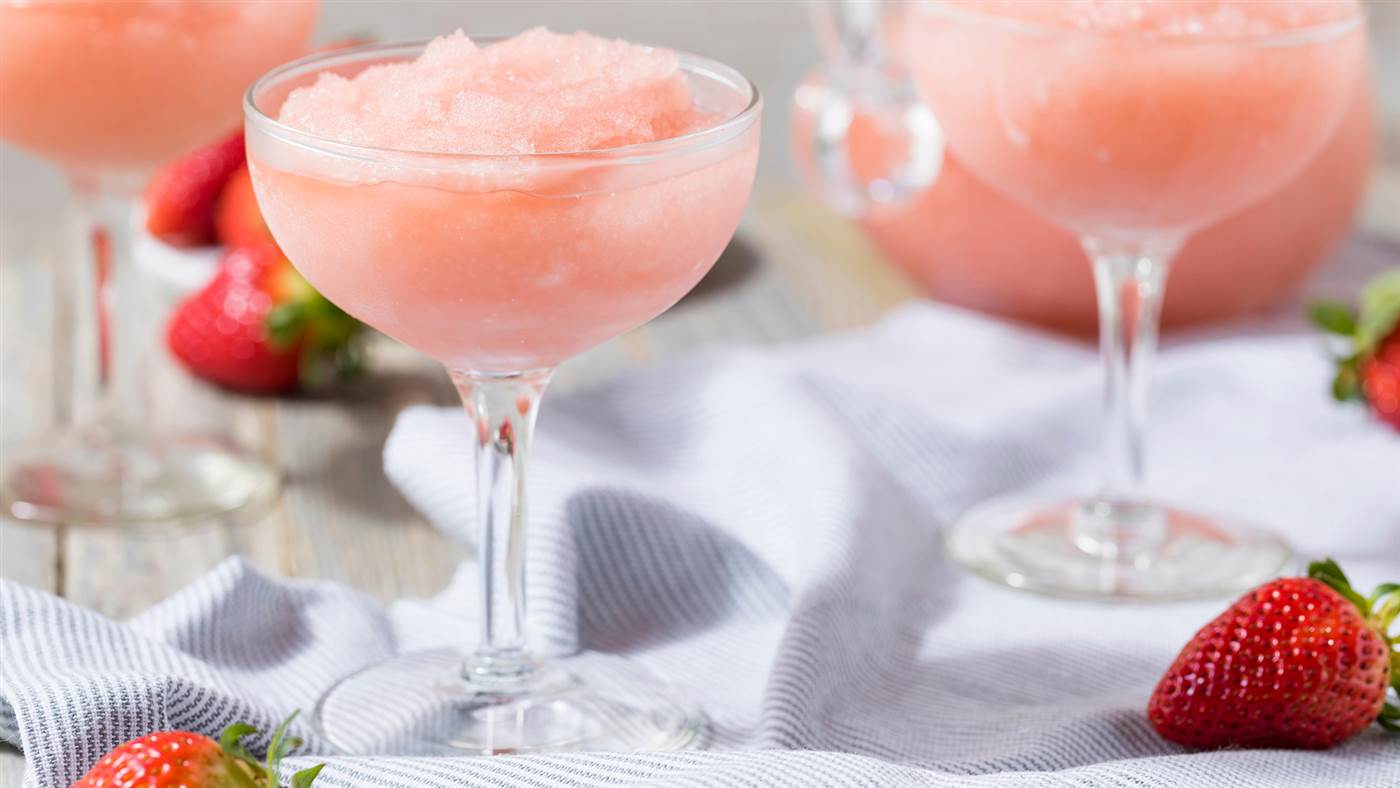 Nothing quite screams summer like hanging by the pool or the ocean with a cocktail.  Lately, I am loving rosé.  It’s light and doesn’t make me feel bloated, and it keeps me sober enough to still function in my motherly duties.

However being that we live in Miami- some summer days are too hot for just regular rosé.  It calls for something more- and that brings us to Frosé.  I have had it before at a few hotels, but recently saw Jennifer Garner post a simple recipe on Instagram.  Here’s what I got:

Put half of the ingredients into the blender, and add about 2 cups of ice.  Blend until slushy, adding ice until you find the right consistency.  Repeat with remaining ingredients.
Jen Garner says she got this via Delish.  I made it this past weekend and thought it was delicious, but I would go lighter on the lemon juice.  Also try to find a rosé with a darker color, so it still looks pink after blending.
Enjoy!